A Graphical Representation of the UK Cereals Industry 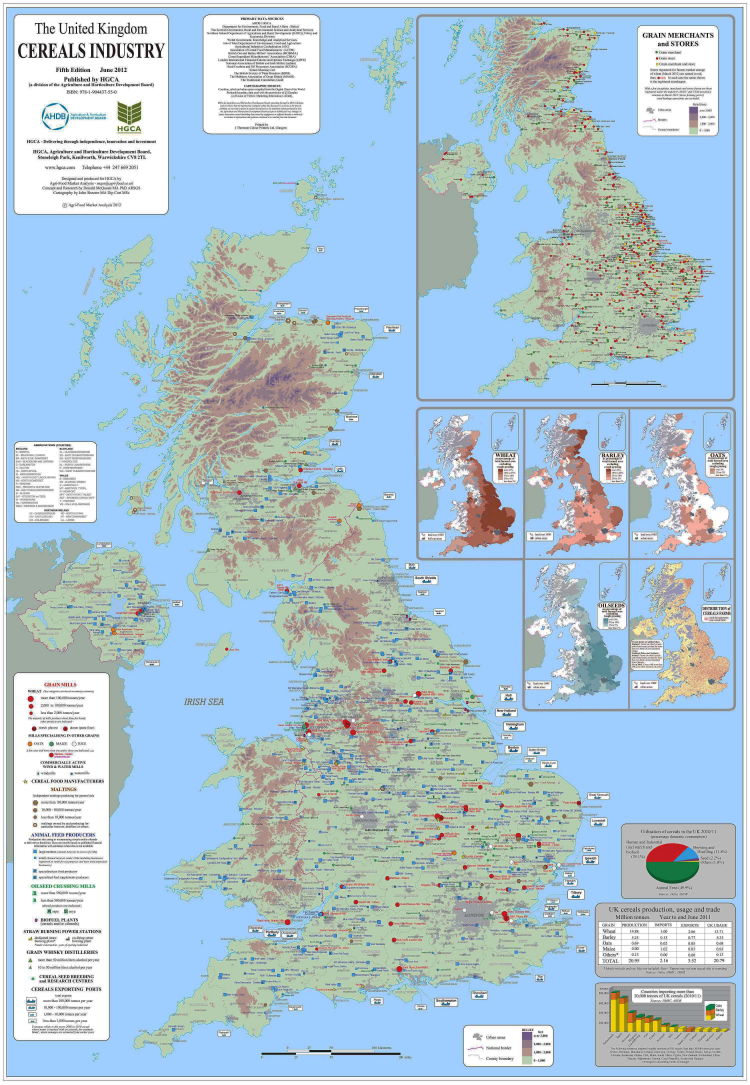 The fifth edition of the unique UK Cereals Industry Wall Map produced for HGCA by Agri-Food Market Analysis, was fully revised to reflect major changes in the industry since the previous edition in 2008.

The compilers set out to name and classify over 1000 establishments involved in grain handling and processing in the UK. These included:

Separate inset maps show grain merchants and grain stores and the geographical distribution of wheat, barley, oats and oilseeds production as well as the distribution of all cereals farms as officially defined.

The background of the main map shows counties and other administrative areas as an aid to placing businesses in their geographical context.